I have for a while wanted to create a few different art fairy dolls for the collection sometimes using darker tea dyed calico with trims such as rusty bed springs and unusual things I find on my travels at salvage and vintage shows. Our usual gorgeous charms and embellishments will be here, and as always beautiful fabrics, some embroidered and some I can only get enough fabric for maybe two fairy dolls,  please pop in and have a look  x

The Queen and fashion xx

A commemorative fairy doll for our Queen at the end of this very different year. I wanted to offer my take on the Queen, this was prompted by a wonderful programme on the BBC called Fashioning a Queen, (I have added a link in my blog) it was such a great incite into her wardrobe, and as I watched it turned out the Queen had a ready to wear collection made for her first tour, day dresses, some of the fabric and designs were provided by a company called Horrockses, my grandmother had a piece of their fabric and along with some of the contents of her sewing basket I made a fairy doll (you may remember a picture I once posted) I have added a picture in the blog, please meet Queenie (my grandmothers name ) xx 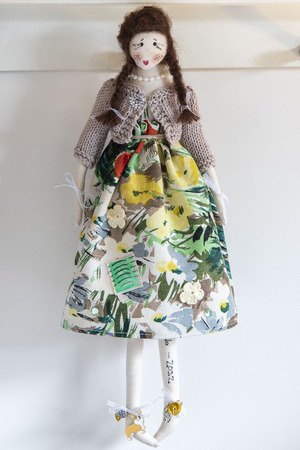 On 12 February 1947, Christian Dior launched his first fashion collection for Spring–Summer 1947. The show of "90 models of his first collection on six mannequins" was presented in the salons of the company's headquarters at 30 Avenue Montaigne.[6] Originally, the two lines were named "Corolle" and "Huit". However, the new collection went down in fashion history as the "New Look" after the editor-in-chief of Harper's Bazaar Carmel Snow exclaimed, "It's such a new look!" The New Look was a revolutionary era for women at the end of the 1940s. wikipedia 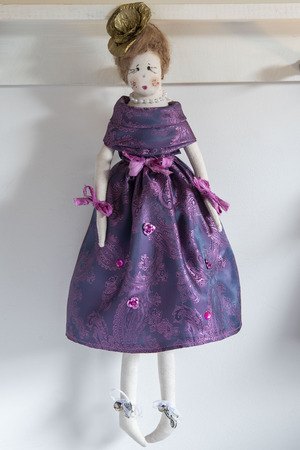 Cyclists were still fighting for the right to wear bloomers. The concept of “rational dress” for female athletes remained fertile ground for debate in all sports including tennis. Despite cumbersome early tennis fashion, women were emerging as a force on the court. Then in July 1884, Maud Edith Eleanor Watson became the first female Wimbledon Winner.
In the 1940's, Gussie Moran, otherwise known as “Gorgeous Gussie”, only ever made it to No 4 in the US. But her “daring” outfits showing a bit of lace attached to her knickers – meant she was a sensation who “earned tennis wider recognition than all the great champions of the immediate postwar years”. xx
Wikipedia

I have used a wonderful William Morris wallpaper behind our Vintage tennis collection, and the dresses have all been made from beautiful Broderie Anglaise Embroidery cotton lace xx 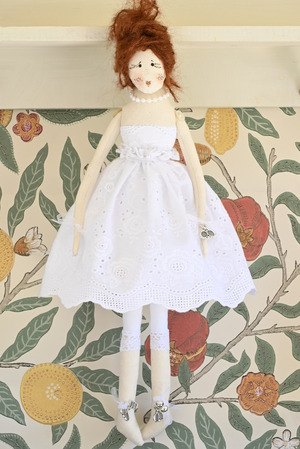 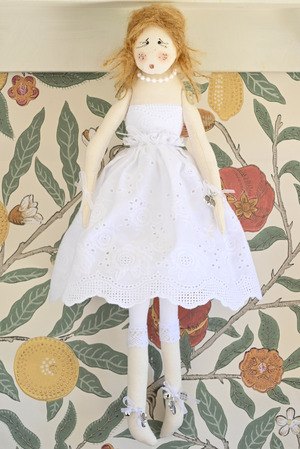 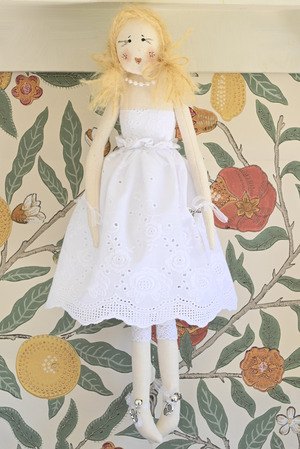 The two Alice books are frequently re-illustrated. The expiration of the copyright of Alice's Adventures in Wonderland in 1907 resulted in eight new printings, including one illustrated in an Art Nouveau style by Arthur Rackham. The illustrators for the other editions published in 1907 include Charles Robinson, Alice Ross, W. H. Walker, Thomas Maybank and Millicent Sowerby. Among the other notable illustrators are Blanche McManus (1896), Peter Newell (1901), who used monochrome; Mabel Lucie Atwell (1910); Harry Furniss (1926); and Willy Pogany (1929), who featured an Art Deco style.

Notable illustrators from the 1930s onwards include Edgar Thurstan (1931), and his visual allusions to the Wall Street Crash of 1929; D.R. Sexton (1933) and J. Morton Sale (1933), both of whom featured an older Alice; Mervyn Peake (1954); Ralph Steadman (1967), for which he received the Francis Williams Memorial award in 1972; Salvador Dalí (1969), who used Surrealism; and Peter Blake, with his watercolours (1970). By 1972, there were ninety illustrators of Alice's Adventures in Wonderland xx Wikipedia 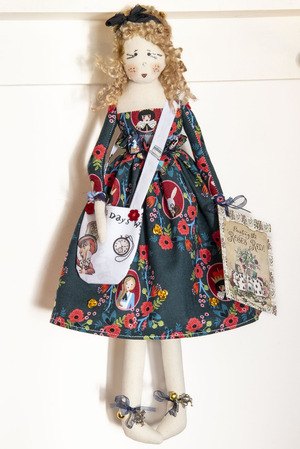 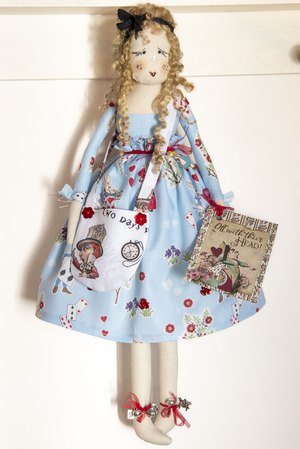 Did you know?
Mary Quant is one of the most iconic designers of the 1960s. Her fun, young, innovative approach shook up British fashion, with eye-popping designs like hot-pants, playsuits and the era-defining mini-skirts and dresses – all in rainbow colours.

Quant was a self-taught designer and pattern cutter. Her first designs were adapted from commercially available sewing patterns, which she customised to make her own. Later, Quant produced a range of home sewing patterns so that women across the world could create their own versions of her famous designs xx 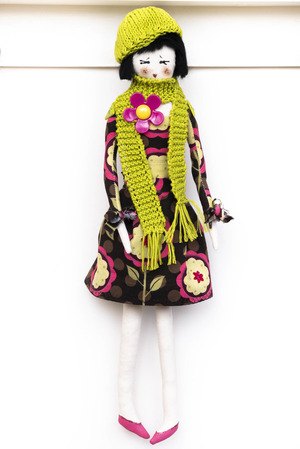 Fashion collections ...
Westwood's designs were independent and represented a statement of her own values. She collaborated on occasions with Gary Ness, who assisted Westwood with inspirations and titles for her collections. She dubbed the period 1981–85 "New Romantic" and 1988–91 as "The Pagan Years" during which "Vivienne's heroes changed to 'Tatler' girls wearing clothes that parodied the upper class". From 1985 to 1987, Westwood took inspiration from the ballet Petrushka to design the mini-crini, an abbreviated version of the Victorian crinoline. Its mini-length, bouffant silhouette inspired the puffball skirts widely presented by more established designers such as Christian Lacroix. The mini-crini was described in 1989 as a combination of two conflicting ideals - the crinoline, representing a "mythology of restriction and encumbrance in woman's dress", and the miniskirt, representing an "equally dubious mythology of liberation". Wikipedia 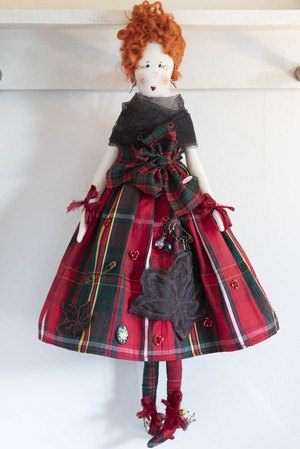 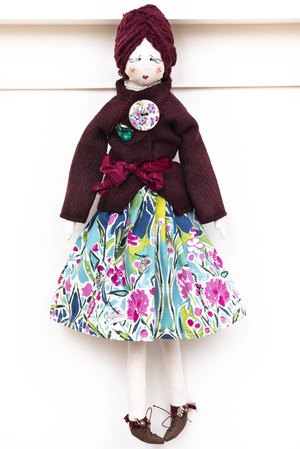 Run without interruption since 1769 – yes, even in 2020 – the Summer Exhibition is the world’s largest open submission art show. It brings together art in all mediums, from prints, paintings, film and photography to sculpture, architectural works and more by leading artists, Royal Academicians and household names as well as new and emerging talent.
This year, the Summer Exhibition will be coordinated by renowned artist Yinka Shonibare RA. The exhibition will explore the theme of ‘Reclaiming Magic’ and celebrate the joy of creating art.

details from the RA with link in our blog xx 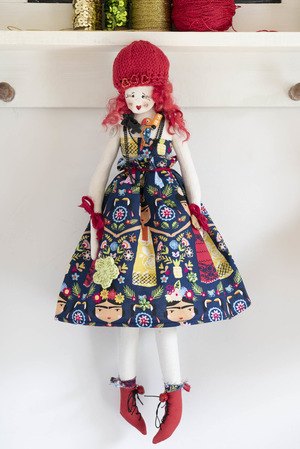 Milly-Molly-Mandy's real name is Millicent Margaret Amanda, but she was given the nickname because of the length of her full name. Her adventures are the everyday events of village life: running errands, going to school, making presents, fishing, picnicking, and so on. She lives in "the nice white cottage with the thatched roof" on the edge of a small village. Her parents, grandparents, aunt and uncle also live in the cottage. Her friends are Billy Blunt, a slightly older boy whose parents run a corn shop and Little-Friend-Susan, who lives in the cottage down the road .......... 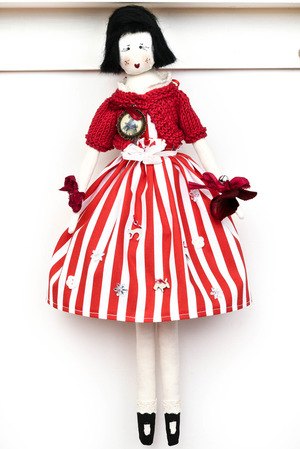